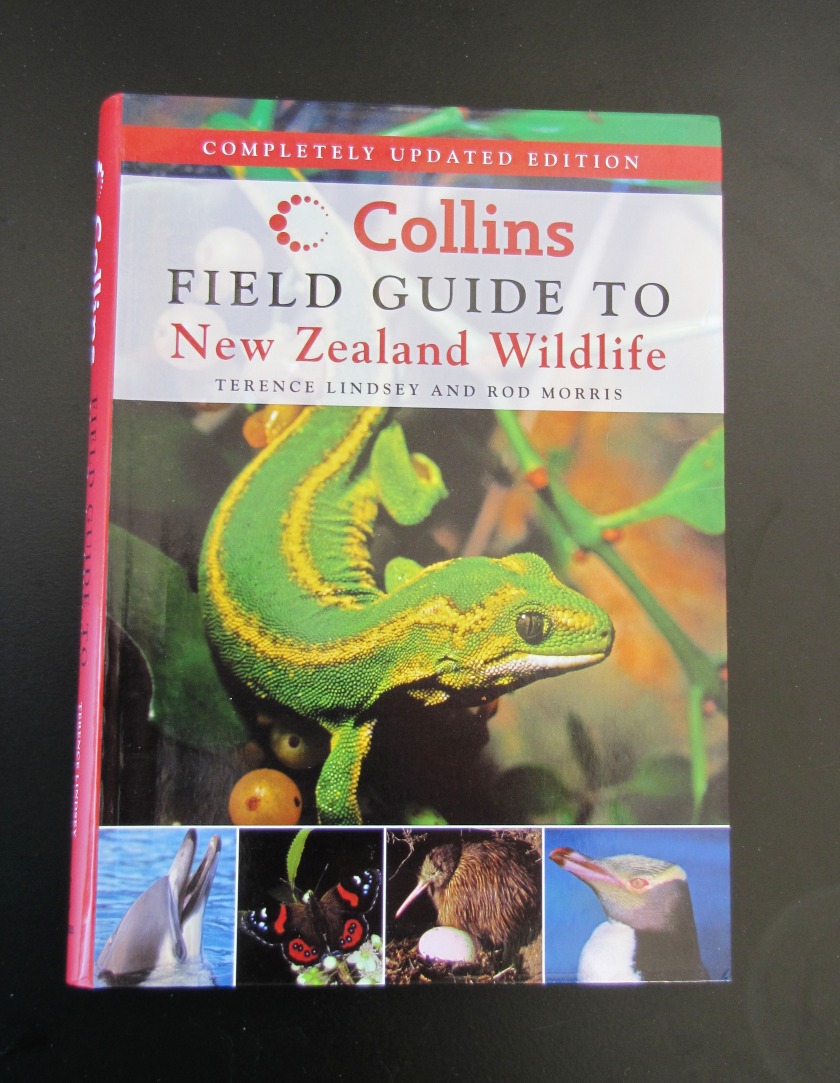 Here is another new book for nature lovers and with many oddities in New Zealand’s fauna all kiwi homes should have a copy.

This book is a completely updated edition and an extensive guide to well over 400 species of New Zealand fauna, including both native and  introduced species.

Each entry succinctly describes both habits and habitats, distribution, classification, breeding patterns, food and recognition tips to aid amateurs – like me – with identifying a creature.  It also includes the latest research findings and changes in classification and nomenclature that have occurred in the past 10 years, along with many new photographs.

“It seems to me, far too few people — New Zealanders and ‘foreigners’ alike — are aware of just how extraordinary New Zealand wildlife is. For any animal enthusiast with a global perspective, it’s right up there on the billboard with its name in lights along with Hawaii, the Galapagos and Madagascar.” says Terrence Lindsay (Zoologist and ornithologist)

I know I will spend a lot of time with this book and am sure you will too – all NZ homes need a copy of this!