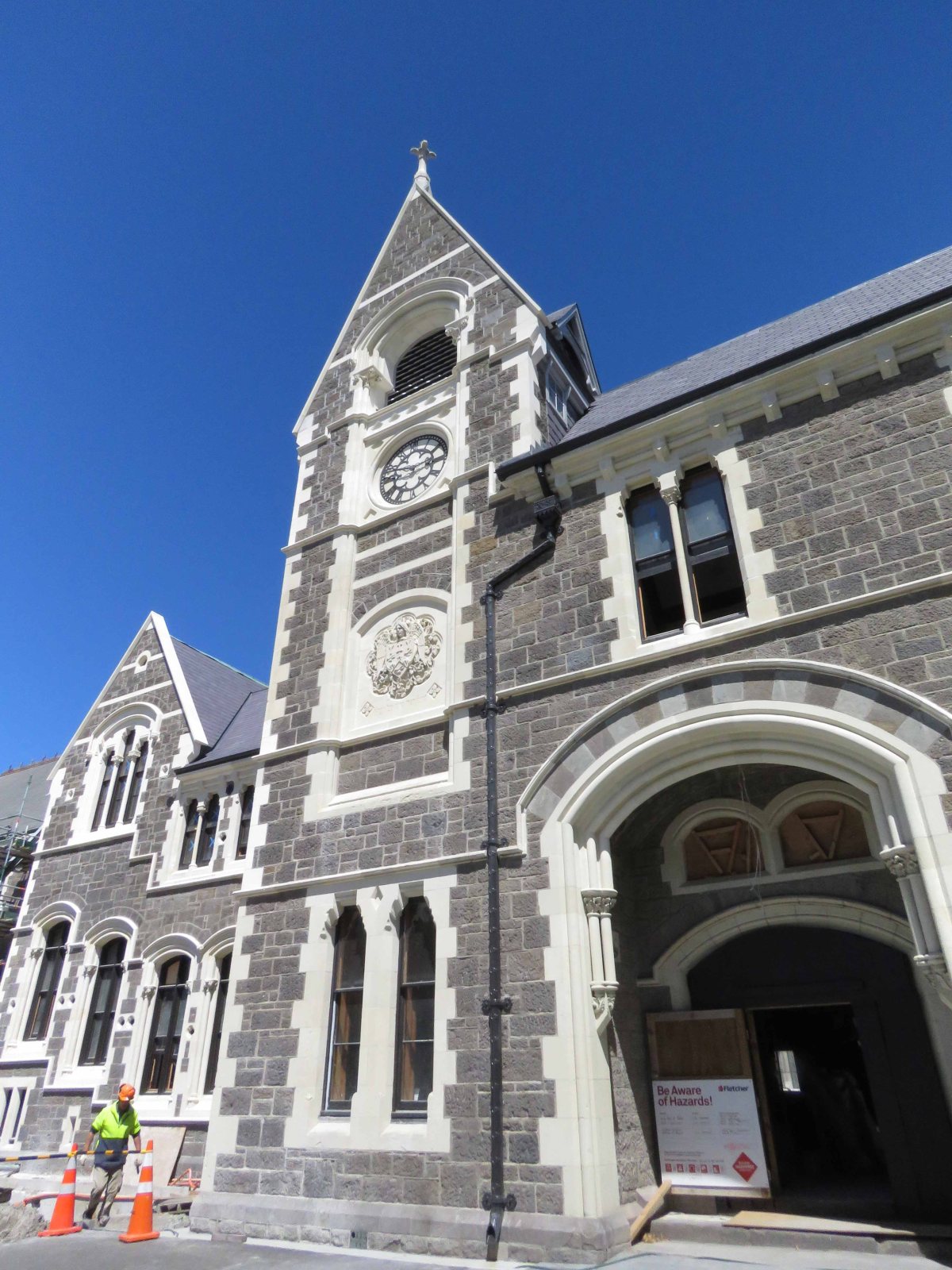 Over the past five years, returning to the city of my birth, Christchurch, New Zealand, was often like returning to school – but the old three R’s rule of reading, writing and ’rithmetic had been replaced with different R’s – I often had to ask if it has been reopened, renovated, relocated or reduced-to-rubble. Unfortunately, with something like 80% of the inner-city, my old stomping ground, demolished because of quake damage, many were reduced to rubble or relocated.

Of course many of my favourites have another R as they remained-open or have reopened after minor damage was repaired, while a few had to close temporarily while neighbouring buildings were ‘de-constructed’.

A few of my special city-centre places in the remained open (or just closed briefly) category are, The Classic Villa; Canterbury Museum; Botanic Gardens; and The Antigua Boat Sheds.

Two months before the September 2010 quakes, a mayoral candidate said if he became mayor he would apply for World Heritage Status for the city’s unique Gothic Revival buildings. It seemed no city in the world had such a collection of Gothic revival buildings ‘of such high quality and so well preserved’ and I went to the Great Hall in the Gothic style Christchurch Arts Centre, another of my favourite places in the city, to hear about the proposal. He said, “these Victorian buildings date back to the 1850s and as a group are of enormous international significance. They represent the outcome of the furthest migration of any group of people in human history.” He continued, “They are more than bricks and mortar, they are at the heart of our city”.

I’m now back at the Arts Centre, very fortunate to get an escorted, behind-the-scenes, peek at the work being done in this part of the ‘heart of our city.’ Andre Lovatt the Arts Centre CEO, who values the heritage buildings in our city, is showing me around. He knows that ‘with enough time and money, you can do anything’ and time and, money has been and is continuing to be used on this collection of buildings. (Donations welcome to help this work – see their website)

Although the Gothic style is usually associated with churches the mid-Victorian architects used it in other buildings such as Canterbury College in 1873. Other buildings were added and eventually the college became Canterbury University. Over a century later the University moved to a new campus in the suburbs.

With plans to demolish the buildings locals demanded they be kept and eventually the empty buildings became the Arts Centre, which incidentally, my father had said would be a waste of money for the city and ‘should not be saved.’

A number of architects designed the individual buildings, the most well-known being Benjamin Mountford: it’s been said that the Great Hall was a good example of ‘his ability to adapt the Gothic style to colonial circumstance and to produce magnificent buildings within the constraints of limited resources.’

Much of the Arts Centre is reopening this year (2016) and there is anticipation and excitement by retailers who hope to return to the centre and by Cantabrians in general who look forward to being able to enjoy the area again. Check their website to find out the dates various buildings will be opened – and I’m hoping a New Zealand craft market will eventually open there too.

The Fool by Sam Mahon  is one of my favourite pieces of public art … I wonder where it will move to within the Arts Centre grounds.

A new sculpture to be installed within the Arts Centre is the twin to this one by Antony Gormley  – which is in the Avon (between Worcester and Armagh Street bridges.

I believe one of the first places to open this year will be Rutherford’s Den. This Kiwi, Ernest Rutherford, is one of the greatest scientists of the modern age, and he studied at this college from 1890 to 1894: this den is where he conducted some of his earliest experiments and is now a  museum and information area. The Den was extremely popular before the quake and now that it has been  totally updated I can see even more locals and tourists visiting it.

For more information about the wonderful Arts Centre, check their website

Here are some photos taken during my visit in February 2016 – as you can see there were workman everywhere. 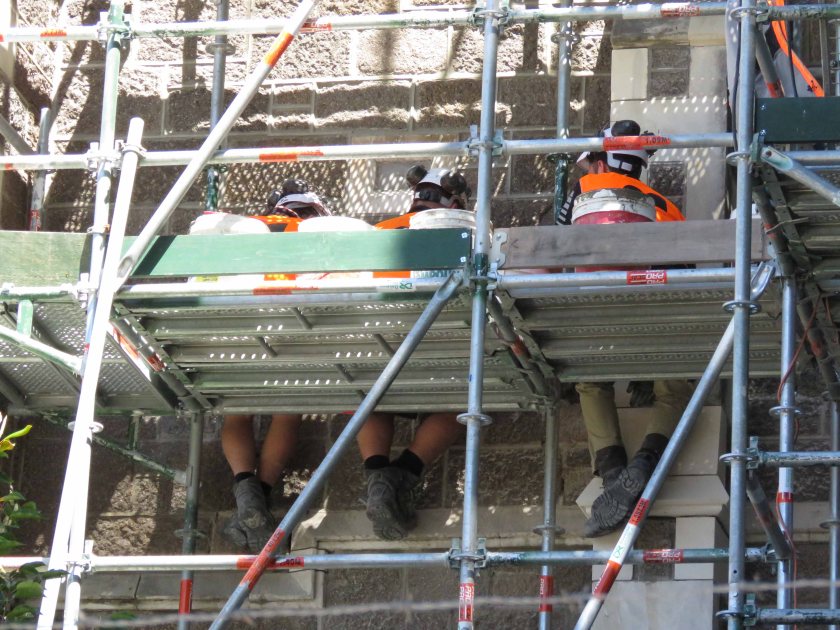