Travelling, or reading about travelling, help us realise people are not like those presented in the headlines of our papers or in the sound-bites of radio or television.

So, in a world of turmoil and fear-based voting, once again I see the dangers of travel.

No, not the rare physical danger of airline or vehicle crashes; not the very occasional danger of being robbed or becoming sick, but the every-day common danger of your heart getting to know people and places. People we would not usually met.

Each week, hearing of train accidents, deaths in the Middle East or riots in India, poverty, earthquakes, droughts and floods I am very conscious of that emotional danger.

Geography was always of more interest than history at school. One could have a stab at answering questions if I knew a couple of other facts. Distance from the equator could give clues to temperatures and climate. Mountains, plains, rivers all added up to some understanding of a place that dates and historical facts didn’t – well for me anyway.

Now travel has given me a different perspective to places. Geography remains important, history helps with understanding people and the two, combined with travel experience, gives me a sense of, not exactly ownership or belonging, but something rather like kinship, I’m attached. I leave a bit of me in every place and take some of the place away with me

To me this feeling of human-oneness is particularly acute at times of high emotions; small countries meet a goal; overcome an obstacle; a national team wins; and in particular, really acute in times of national pain.

My first real experience of this came after I’d been to Ireland and then shortly afterwards ‘the troubles’ began again. I was devastated that the wonderful little city of Londonderry (or Derry, depending on the map consulted) was yet again the centre of violence. Streets I’d walked down were now dangerous. That people I had maybe spoken to or walked past were now dead or injured had me crying in front of the TV or newspaper.

Turkey and Greece had earthquakes, people in Israel and Palestine killing each other, years ago London had rubbish bins removed from the street for fear of terrorism, New York and the New Yorkers I love were devastated and traumatised, monsoon floods happen in Asia, and in Egypt, fabulous country and generous people, is grief stricken with deaths from buildings collapsing, and Indian pilgrims die during a festival. 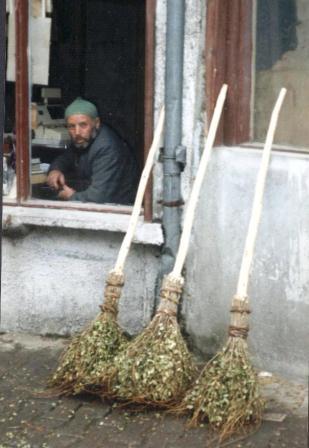 What ever the cause, I think of the diverse people whom I have come to know, love, judge and compare and empathise with their pain. Yet what can we do to ease that pain? Nothing. The one thing that would help – having loved ones live again – is way beyond anything we can do.

However maybe travel-writing that gives the texture, flavour and smells of a place helps bridge that gap between us and them. After all scenery and monuments are the same on everyone’s photos. It’s our experiences that provide the difference.

Young or old, male, female, Christian, Pagan, Muslin, or freethinker as a Japanese friend describes herself, we’re all part of the human family and when a family member is in pain we travellers feel it.

Maybe all leaders need to have budget-traveled the world long before putting their hands up to serve their country . . . it almost seems many really only serve themselves.

I don’t want bombs dropped on places I’ve been, people who have sheltered or fed me, and when that happens I suffer the emotional pain of being a traveller.

(I wrote this some years ago, now tweaked and republished)

One thought on “The danger of travel”