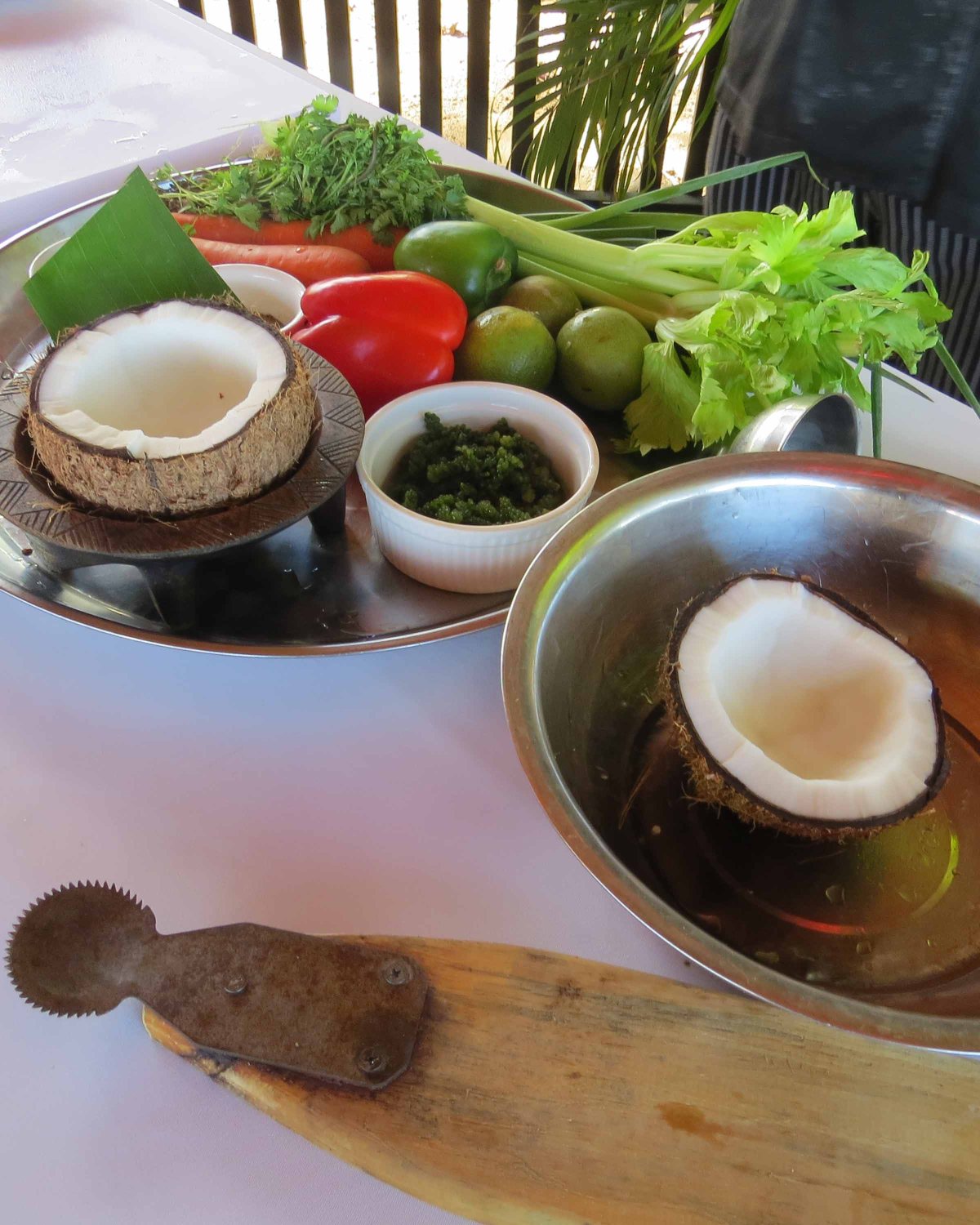 Visiting the First Landing Resort  in Fiji was an unexpected bonus after cruising on the Fiji Princess. It’s a lovely resort with many levels of accommodation and it appealed to me: unpretentious and friendly. Check out their website as there are some luxurious parts within the resort to stay also – including having your own pool.

But an even bigger bonus for me was the Chef’s Tasting Selection after a kodoko (Fijian raw fish) making lesson. Without a word of exaggeration it was the tastiest time I have had for a long time. I wish my photos did the six plates justice: the tempura coral trout was the prettiest, most impressive, dish I’ve seen: why is it food that looks so good to the eye fails the lens test?

Let your taste buds imagine what mine had, and, if you get to Fiji make sure you have a meal at the First Landing Resort – make sure you tell them the KiwiTravelWriter sent you.

we look for herbs we know

‘pig poo and compost are the secret’ 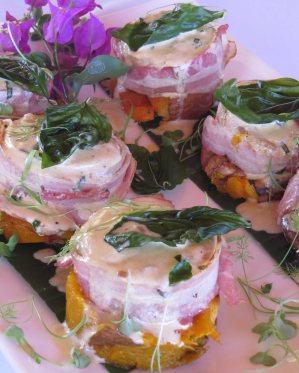 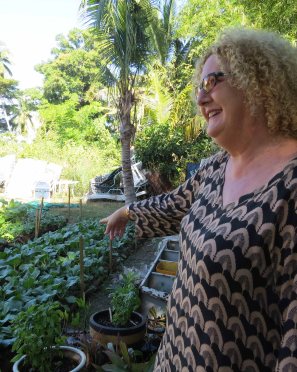 tool in the front is the coconut scaper 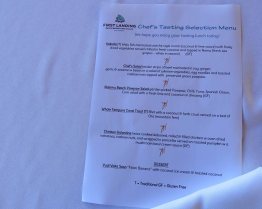 the tasting menu is fabulous 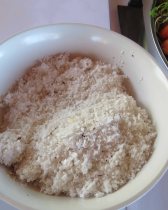 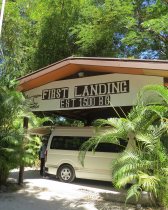 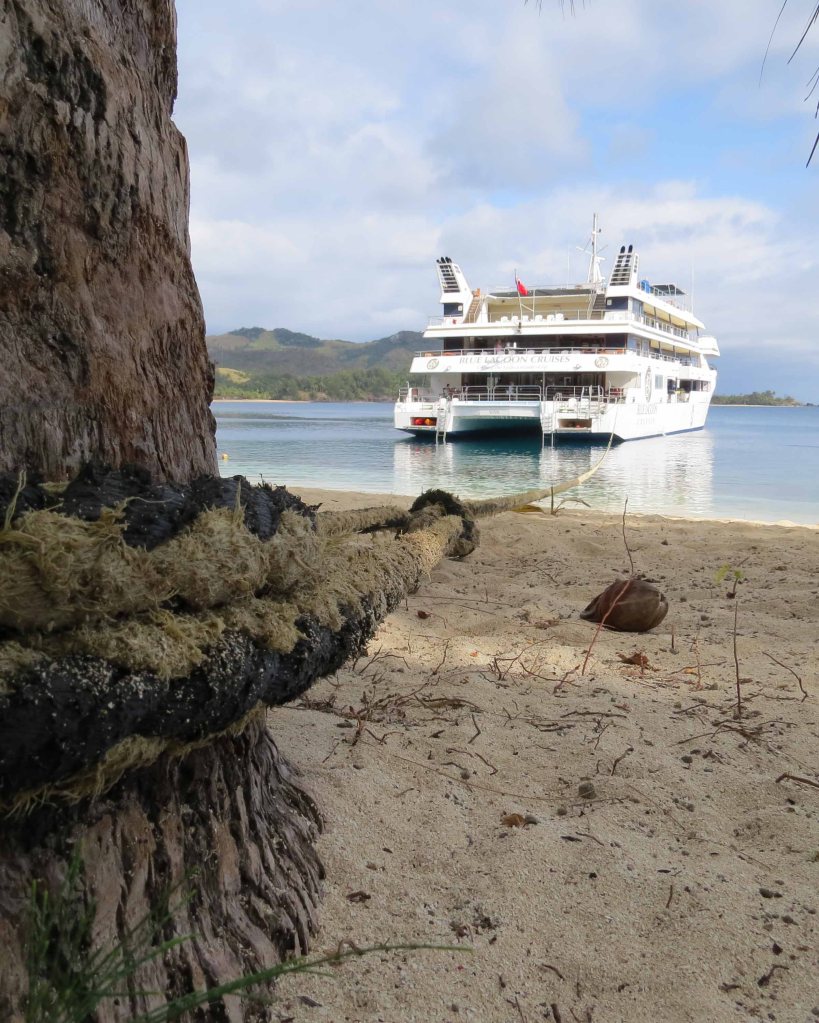 Our catamaran, the Fiji Princess, gets tied to a coconut tree: the Yasawa Islands setting idyllic, and we are to have a Fijian feast onshore, followed by a concert by the local village.

Coconut has a special place in the Fijian diet and, grown in most coastal areas, it’s not only for food, but plays an important role in the economy. It is also used in many ways in the lovo (earth oven); as a basket, as the steam producer then to cover the food.

These photos are of the demonstration we saw of a food basket being made.

our food basket is created from coconut palm fronds 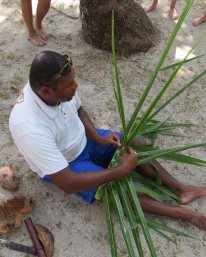 two across and then again 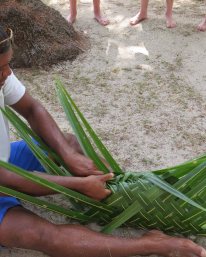 Some of the foods cooked in the lovo were Taro (dry starchy root crop), Kumala (sweet potato) whole chicken and a large leg of pork. After the burning wood was removed the meat, and vegetables placed in the hole in top of the hot rocks, covered with banana leaves and cooked for about 3.5 hours. It’s considered a healthy meal because of the lack of oil – it is quite similar to the (Māori) hangi or the (Hawaiian) luau or (Samoan) umu and has a smoky flavour.

After showering, washing off the salt water we had played in, we return to the island, where a kava ceremony was being held, and before long we watch our dinner being dug up.

While the pork was dry, the crackling on the pig was fabulous (I think it had been grilled somehow after being cooked in the lovo) and my favourite dish was the entre. It’s a ‘raw fish’ dish made up of Walu (sometimes called Spanish mackerel) with ‘miti’ – a coconut-based sauce. The fresh fish is marinated in lemon juice and left to “cook” for several hours. The thick coconut milk is added after it is “cooked” together with finely diced tomatoes, chillies and salt – this is the ‘miti’.

Dinner over, we move to seats in a clearing among the coconut palms – by now it’s very dark and before long we are entertained by beautiful singing and dancing at the ‘meke’. I often feel uncomfortable joining in traditional dancing anywhere, but the Fijians seem to love a conga line, making it easy for all, including me, to join in!

we are welcomed with flowers

the men can be fierce

Afterwards some women set up shop

NOTE: Kava is used for medicinal, religious, political, cultural and social purposes throughout the Pacific.  In Fiji a kava ceremony often goes together with social event and while on ‘the Princess’ it happened three times – including a ritual presentation of the bundled roots as a gift and drinking the ‘grog’ is accompanied by hand-clapping before and after drinking from the coconut shell. It is made by pounding the sun-dried kava root into a fine powder, straining and mixing it with cold water.

Apparently the effects of a kava drink vary widely depending on the kava plant used, and amount drunk. Most on board didn’t drink it but for those who did their eyes became droopy or sleepy looking it seem the active ingredients have a half-life of about 9 hours.

New Zealand is concerned about the risk of driving after mixing of alcohol and kava. On the other hand, it seems a national league team uses it after games to unwind.

Note: the KiwiTravelWriter was a guest of Blue Lagoon Cruises