In the Māori language Matariki is both the name of the Pleiades star cluster and also of the season of its first rising[1] in late May or early June—taken as the beginning of the new year.[2] Similar words occur in most Polynesian languages, deriving from Proto-Polynesian *mataliki, meaning minute, small, and the use of the term for the Pleiades constellation is also ancient and has been reconstructed to Eastern Oceanic ( taken from Wikipedia)

In Wellington, the Carter Observatory (at the top of the Cable Car) has a full programme to mark this annual event, including a ‘family day’. Check out the Carter’s calendar programme here.

It’s New Year again in New Zealand and, to celebrate the month of Matariki – the Maori New Year – last night I went to one of the very popular destinations for cruise ship passengers (and other travellers of course) visiting Wellington, New Zealand, the Carter Observatory.

If you’re a traveller in my new city, you too will love seeing the Southern sky and stars usually not seen from the Northern Hemisphere – and the Carter, as New Zealand’s longest-serving national observatory, provides a great local perspective on our place in the solar system. It also tells stories of New Zealand pioneers in the field of astronomy – and it’s not as dry as that may sound!

Make sure you take a virtual tour of the universe in the full-dome, digital planetarium and explore the beginning of time and see the Black Hole in their interactive multimedia astronomy centre.

Set in the beautiful Wellington Botanic Gardens and only 2-mins walk from the top of the historic cable car, this inner city, ‘place for space’, is a perfect setting to be taken to the Milky Way and the Southern Cross, which we celebrate on our flag.

The Maori name gifted to Carters is Te Ara Whanui ki te Rangi – the expansive pathway to the heavens – and telescopic viewing to those very heavens is available, weather permitting.

Māori and Polynesian navigation stories are told along with the scientific one. Each year, Maori and other Kiwi celebrate Matariki. Matariki is the Maori name for the small cluster of stars that can be seen low on New Zealand’s north-eastern horizon just before dawn during the last days of May or in early June. These stars are also known as the Pleiades or the Seven Sisters.

Traditionally, Matariki was an opportunity to honour the past and plan for the future. Today it has become a time to celebrate the remarkable country we live in, share kai (food), stories and songs as well as enjoying cultural activities so check out all the other activities happening around NZ – Te Papa has a great programme. 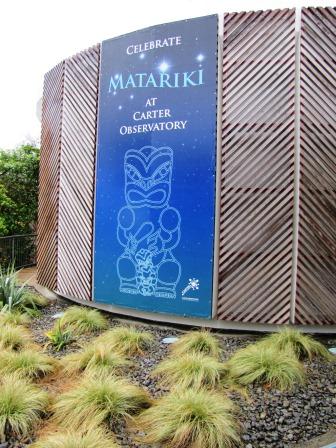 The Carter Observatory also applauds the roles of some leading Kiwi astronomers such as our rocket man, Sir William Pickering, who was born and grew up here in Wellington and became a pivotal figure in the American space race. He was a highly respected international scientist. It also tells of Beatrice Tinsley whose research was fundamental to the astronomical understanding of how galaxies evolve with time – what a great woman!

Another place to see the night sky in New Zealand is at Mt. John Observatory, Tekapo. (See more on Mt John in this blog)

Some facts and history

See more about the Carter and stargazing in the capital here 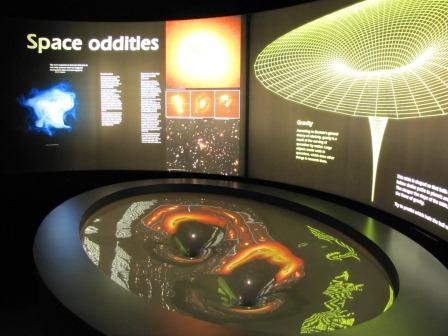